We’ve just sent the copy edited manuscript of Climate Change and the Health of Nations back to OUP’s production contractor. 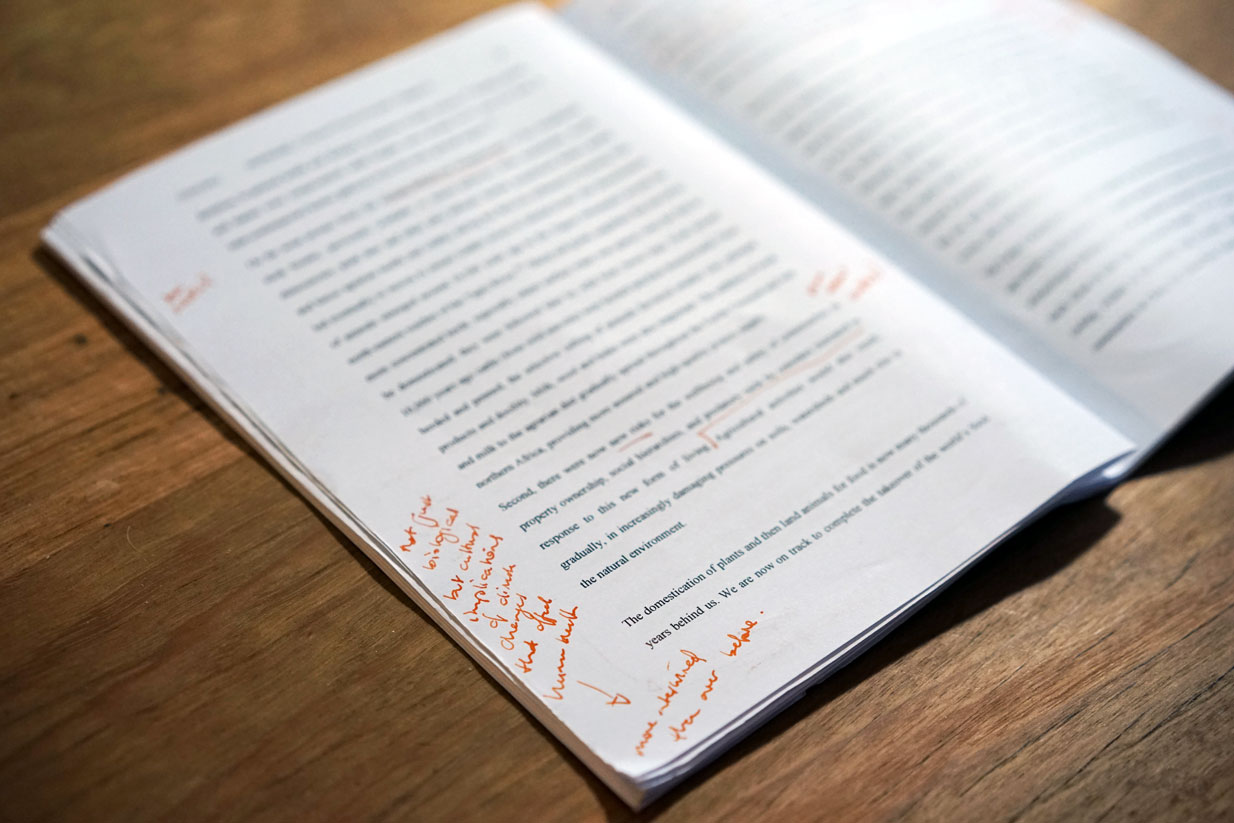 We’ve just sent the copy edited version of Tony McMichael’s posthumous manuscript, Climate Change and the Health of Nations: Famines, Fevers, and the Fate of Populations back to OUP’s production contractor.

Working for someone you can’t speak to hasn’t been easy. Historians are used to the frustration of sources who are dead. Whatever they’ve left behind is all you have and you interpret and piece together as best you can. It’s different when the author is the one who is silent.

So many times, as I edited the manuscript, I wished I could just say, “Tony, what were trying to say here?” or “Tony, how would you want to expand on this?” When I added sentences or paragraphs I did it in Tony’s voice, or an approximation of it. After a while it became automatic. My internal monologue was in Tony’s literary persona. I had to stop myself from always beginning with, “Meanwhile,…” which was one of Tony’s quirks. My first instinct was to caution against the overuse of this conjunctive adverb (time in the manuscript was already difficult to follow in places and “meanwhile” didn’t do much to help because it is imprecise) but Tony was gone and it felt like I’d be taking away the little of his personality that remained in the text.

Here’s a sneak peak of the cover – I think the publisher did well here:

I’m mostly looking after kids and working a couple of days a week so I don’t get much time for writing. Checking the copy edits was something I could do at night before bed. There were a few late nights towards the end because the manuscript was due the same day we were leaving for our trip with the kids to the snow, caves and bush walking in Kosciuszko National Park.

Tony’s widow, Judith Healy, was great to work with and she put a lot of work into the book herself. I’m sure she hadn’t planned that. She is an academic at ANU and the book threw a lot of her deadlines and overseas trips out of whack. The book took more of our of time than either of us had imagined. As usual, we underestimated all the admin-type stuff associated with preparing it for publication – permissions, references, placement of images, getting images redrawn, etc.

Previous Story:
Keynote at East Asian Environmental History conference in Japan
Next Story:
Launch of Climate Change and the Health of Nations