Powering Asia: The Battle Between Energy and Food 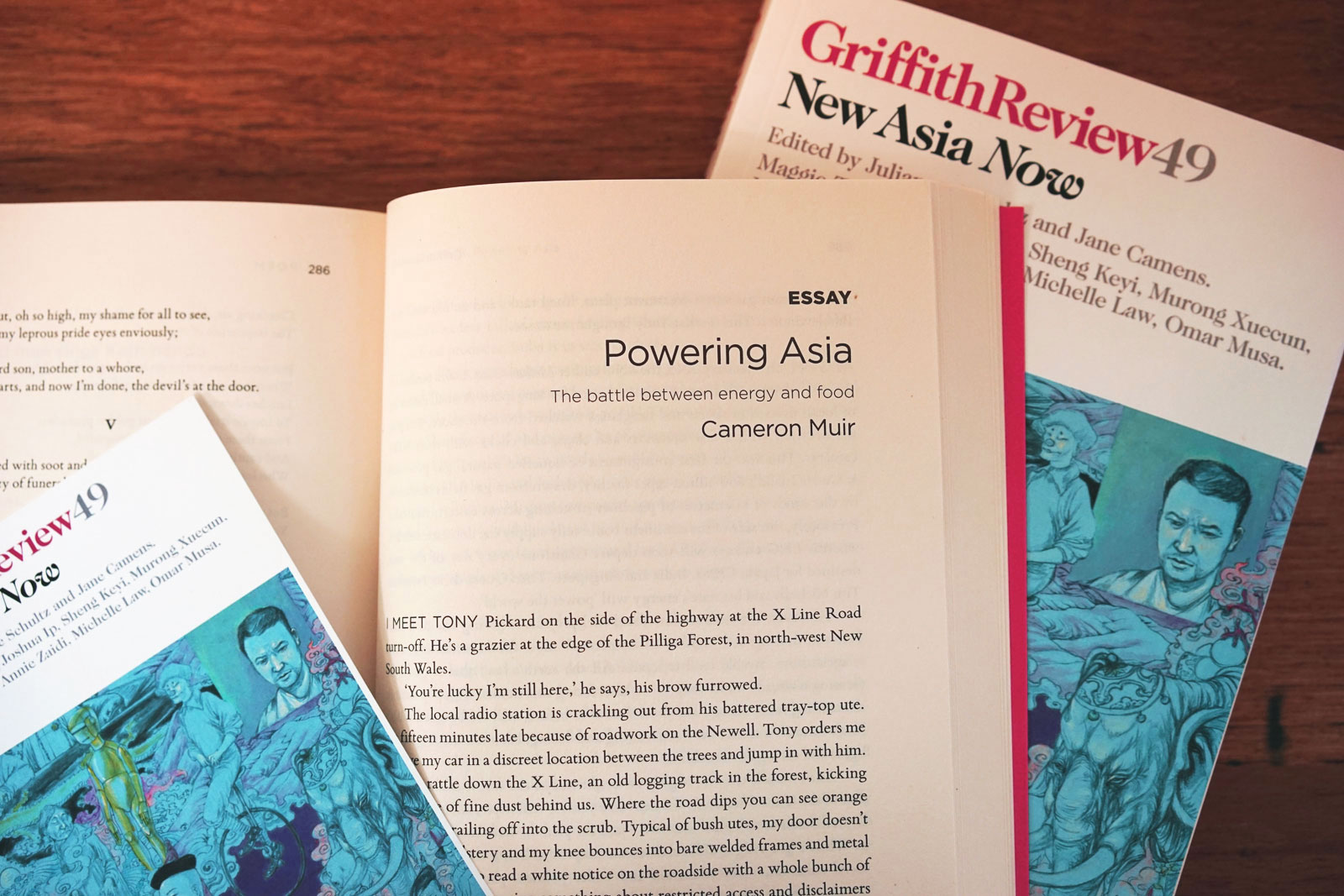 I MEET TONY Pickard on the side of the highway at the X Line Road turn-off. He’s a grazier at the edge of the Pilliga Forest, in north-west New South Wales.

The local radio station is crackling out from his battered tray-top ute. I’m fifteen minutes late because of roadwork on the Newell. Tony orders me to leave my car in a discreet location between the trees and jump in with him.

We rattle down the X Line, an old logging track in the forest, kicking up a plume of fine dust behind us. Where the road dips you can see orange sand creeks trailing off into the scrub. Typical of bush utes, my door doesn’t have any upholstery and my knee bounces into bare welded frames and metal panelling. I try to read a white notice on the roadside with a whole bunch of black and red text saying something about restricted access and disclaimers and dates, but we pass too fast.

It’s easy to lose your bearings in the Pilliga with its endless low canopy of eucalypts and pine. I’m trying to visualise the map of criss-crossing roads I had in my car but I have no idea where we are now. At a narrow driveway Tony pulls up then turns in. It runs parallel to a silty fill line covering an underground gas pipeline, with postcard-sized caution markers flapping in the breeze at regular intervals. Further in, behind hurricane fencing, is a coal seam gas water treatment plant, lined tanks, and an old well pad. Bibblewindi-1. This is what Tony brought me to see.

Read the rest at Griffith Review