Ode to the bin chicken 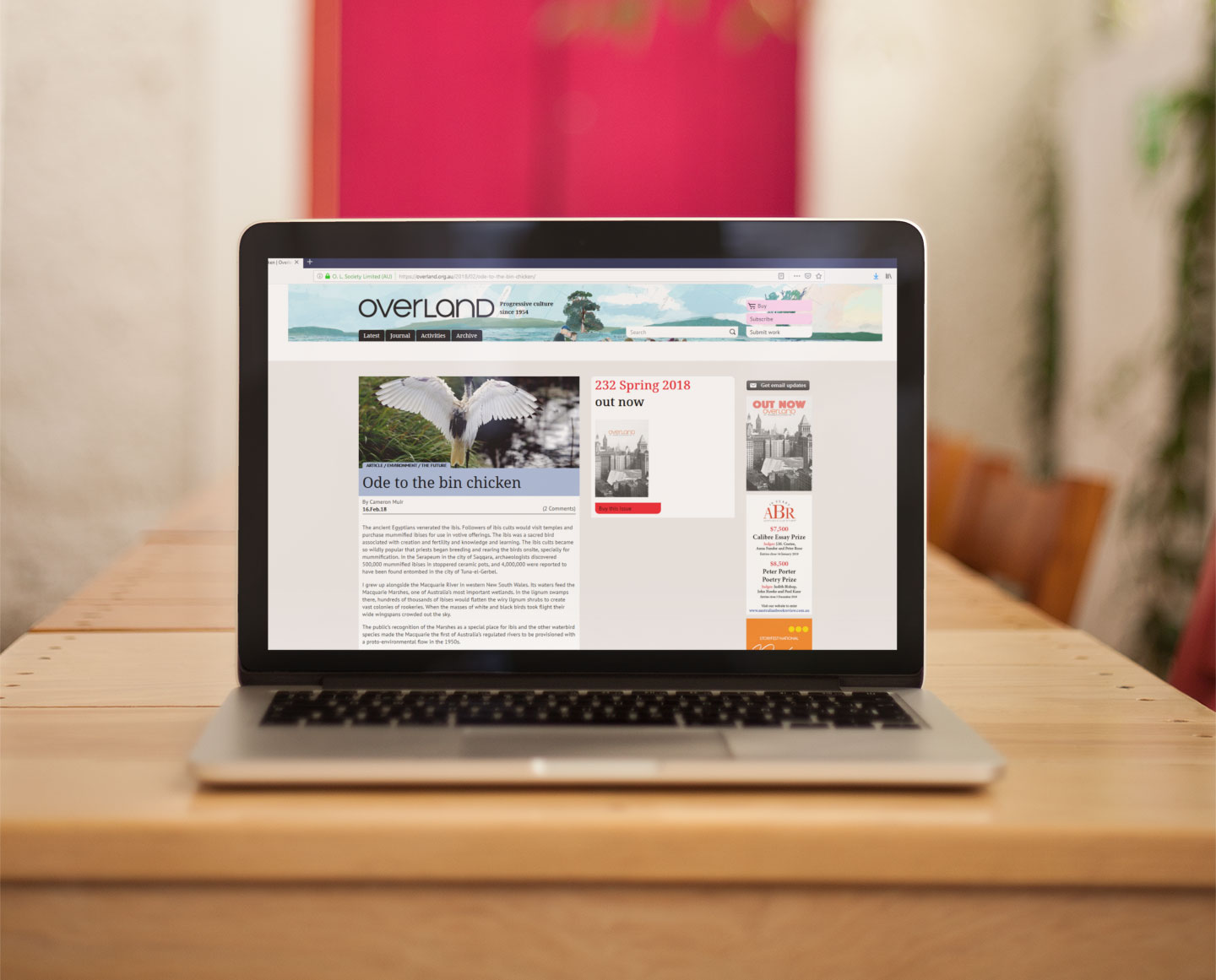 The ancient Egyptians venerated the ibis. Followers of ibis cults would visit temples and purchase mummified ibises for use in votive offerings. The ibis was a sacred bird associated with creation and fertility and knowledge and learning. The ibis cults became so wildly popular that priests began breeding and rearing the birds onsite, specially for mummification. In the Serapeum in the city of Saqqara, archaeologists discovered 500,000 mummified ibises in stoppered ceramic pots, and 4,000,000 were reported to have been found entombed in the city of Tuna-el-Gerbel.

I grew up alongside the Macquarie River in western New South Wales. Its waters feed the Macquarie Marshes, one of Australia’s most important wetlands. In the lignum swamps there, hundreds of thousands of ibises would flatten the wiry lignum shrubs to create vast colonies of rookeries. When the masses of white and black birds took flight their wide wingspans crowded out the sky.

The public’s recognition of the Marshes as a special place for ibis and the other waterbird species made the Macquarie the first of Australia’s regulated rivers to be provisioned with a proto-environmental flow in the 1950s.

After a dam across the Macquarie was completed in the 1960s, the Water Conservation and Irrigation Commission lost interest in providing this allocation of water, and instead maximised the benefits for irrigators at a cost to the environment and local communities.

Previous Story:
Varuna Fellowship
Next Story:
Fire and fury and my kids